An Iowa nursing home recently hit with more than $300,000 in fines has been added to Medicare’s list of the nation’s worst care facilities.

The Garden View Care Center in Shenandoah has been cited for 23 regulatory violations so far this year. After an April inspection, federal officials fined the home $306,335.

The Page County home is one of 10 Iowa care facilities eligible for inclusion on the Centers for Medicare and Medicaid Services’ Special-Focus Facility List, which is a national list of homes with some of the worst records of regulatory compliance.

Garden View was only recently added to the list of homes considered eligible for inclusion on the list based on poor performance. The home has the lowest possible ratings from CMS on all three of the measures charted by the federal agency: quality of care, staffing levels and regulatory compliance.

Roughly 32% of Garden View’s staff have yet to be vaccinated against COVID-19, according to CMS. The home is owned by Shenandoah Properties, a limited liability company based in Jackson, Mississippi.

The inspectors reported that the facility’s call-light equipment indicated residents of the home were routinely waiting 30 to 50 minutes – and sometimes two or three hours — for workers to respond to the call lights they used to summon help to their room.

According to the inspectors, two nurses at the home refused to give a resident her meal unless she got up out of bed, keeping her food tray at the nurse’s station instead. For dinner, the woman ate animal crackers her brother had brought to the facility, and other workers later reported the woman was “crying hard” in her room.

One of the nurses who withheld the dinner later told a colleague the woman had no right to a meal because of how big she was, the inspectors reported.

In an unrelated incident at the home, a worker told inspectors she overheard an aide say about a resident, “I ain’t going to do this f—ing s— all night,” then watched as the aide pulled the woman out of a room and drag her backwards across the floor into another room. The worker reported the aide then told the resident, “Sit down and shut the f— up.” The worker told inspectors she confronted the aide, telling her, “You’re lucky I need my job, as I’ve never wanted to hit someone so bad.”

During their visit, the inspectors reported seeing residents with long, dirty fingernails and disheveled, greasy hair. Residents, workers and the facility’s own records indicated baths often weren’t being provided due to the home being short-staffed and the day-shift workers refusing to give baths. In at least some instances, the residents were given a bag of wet wipes called “Ready Bath” instead.

The director of nursing told inspectors the home wasn’t short-staffed and that baths were being given. She reportedly said she was a “master at staffing” and added that if the workers, residents and records indicated baths weren’t being given, they were wrong.

One resident was seen by an inspector laying naked in a bed with urine-soaked sheets. Ten different employees of the home told an inspector that when they began their shifts in the morning, they’d often find residents lying in sheets soaked with urine.

Two residents who didn’t receive their supplemental oxygen at the home were hospitalized on an emergency basis after their oxygen levels, which should have been above 88%, dropped to the mid-40s.

During their visit, inspectors also noted large, “softball-size” holes in the walls, exposed pipes, missing ceiling tiles and plastic baseboards peeling away from the walls.

While the inspection was still underway, state officials notified the facility that residents of the home were deemed to be in “immediate jeopardy,” which is a term that indicates a high-level regulatory violation. The next day, inspectors downgraded the violation based on the home’s stated plans to correct the problems.

Based on its findings, the Iowa Department of Inspections and Appeals proposed, but did not impose, $20,000 in state fines. By holding those fines in suspension, the state agency gave CMS the opportunity to impose a $306,335 federal fine that has yet to be paid.

CMS’ Care Compare website indicates the most recent federal fine imposed at Garden View was in 2019 – although some of the data on that site has been shown to be inaccurate. The Department of Inspections and Appeals’ website says that in March 2020, CMS imposed a federal fine of $62,582 against Garden View.

Typically, homes that are eligible for special-focus designation have about twice the average number of violations cited by state inspectors; they have more serious problems than most other nursing homes, including harm or injury to residents; and they have established a pattern of serious problems that has persisted over a long period of time.

The Special-Focus Facility List is updated quarterly by CMS and includes homes deemed by CMS to have “a history of serious quality issues.” Those homes are enrolled in a special program intended to stimulate improvements in their quality of care through increased oversight.

While 10 Iowa homes are deemed eligible for that sort of assistance, they are not actually enrolled in the program or receiving the assistance.

That’s because the number of facilities on the list remains relatively constant. New facilities can’t be named a special-focus facility, regardless of how poor their care is, until other homes in that same state improve and “graduate” from the list – a process that can take four years or more..

Nationally, there are normally about 88 nursing facilities on the list, with one or two slots to be filled by each state. The state Department of Inspections and Appeals nominates the Iowa facilities for inclusion on the list, and CMS selects two from the state to be enrolled in the program.

The two Iowa homes now designated as Special-Focus Facilities are the Touchstone Healthcare Community in Sioux City and QHC-Winterset North in Madison County.

-- This story first appeared at IowaCapitolDispatch.com and is reused here under a Creative Commons license.

No quarantine required in Sydney for vaccinated international travelers

No quarantine required in Sydney for vaccinated international travelers

Jon and Nancy Johnson from Sidney are community members that have provided a safe place for Sidney youth to play for over three decades. On Fr…

Jeff Hiser is in the running for Shenandoah mayor

There will be several candidates on the ballot in November, running to be the next mayor of Shenandoah, and Jeff Hiser will be among them.

The Republican signals bill could come up in special session

Trump in Iowa unloads on Biden, Democrats and 2020 election results

DES MOINES --- Donald Trump came to Iowa with plenty of arrows in his quiver, and he fired them all.

One of the first signs of fall in Clarinda is the annual Clarinda Craft Carnival.

Blain Petersen has announced his candidacy for the Essex mayoral race, joining two others vying for the position. Mayor Marion Durfey tendered…

Car show enthusiast’s around the Shenandoah area will have one last hurrah before the weather turns chilly and cars are put into storage.

Gloria McComb puts her name in as Essex mayoral candidate

Essex Mayoral Candidate Gloria McComb promises transparency if elected on Nov. 2 and says she will work for the people of Essex to build a str… 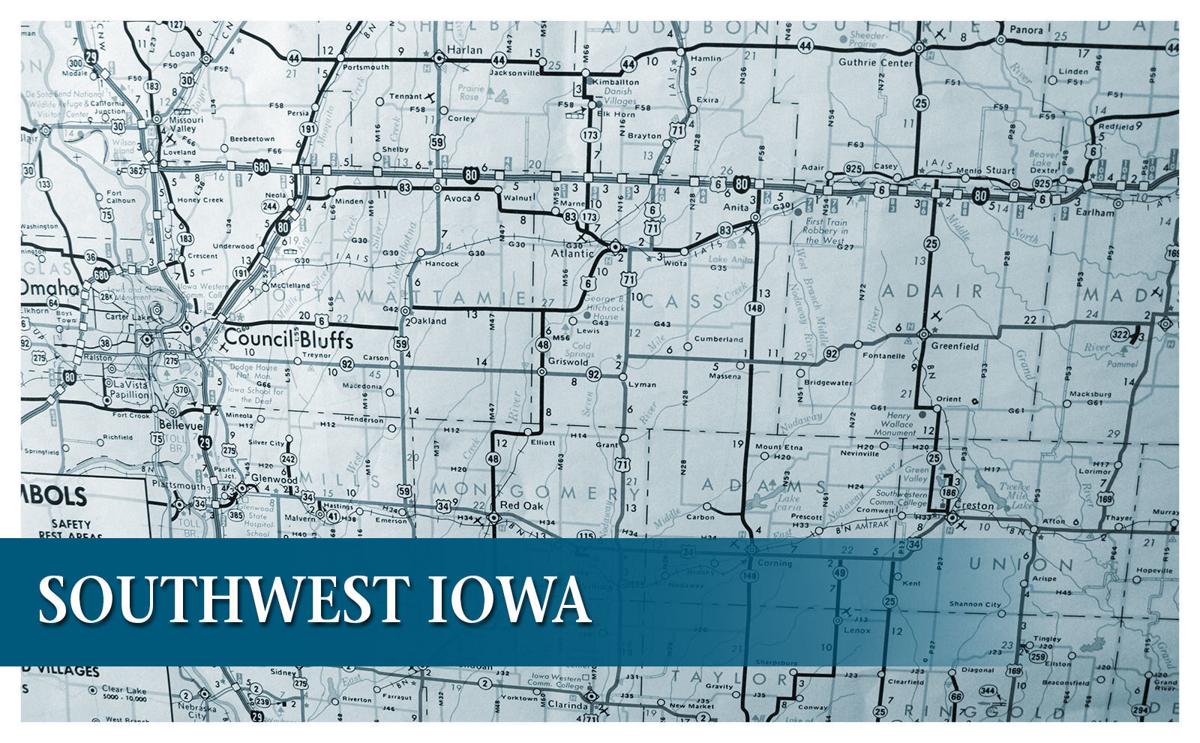 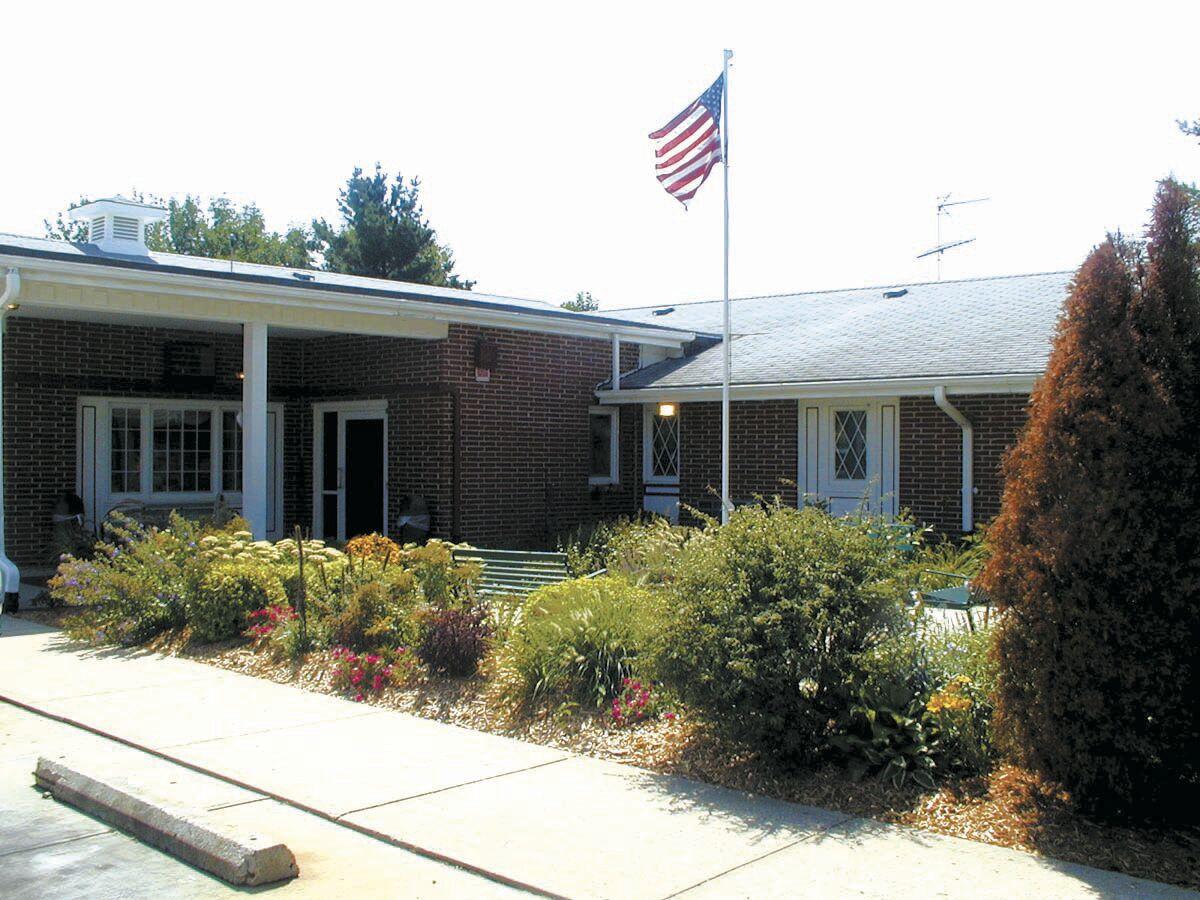