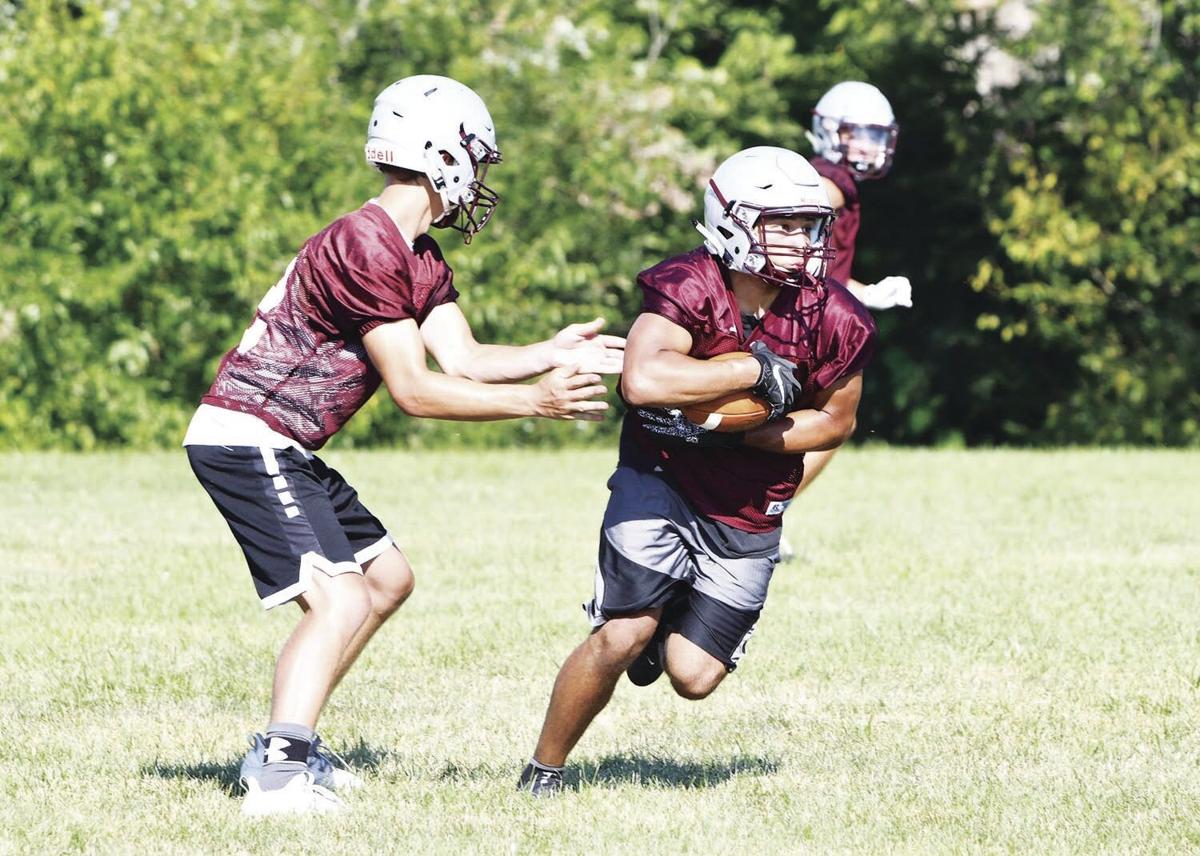 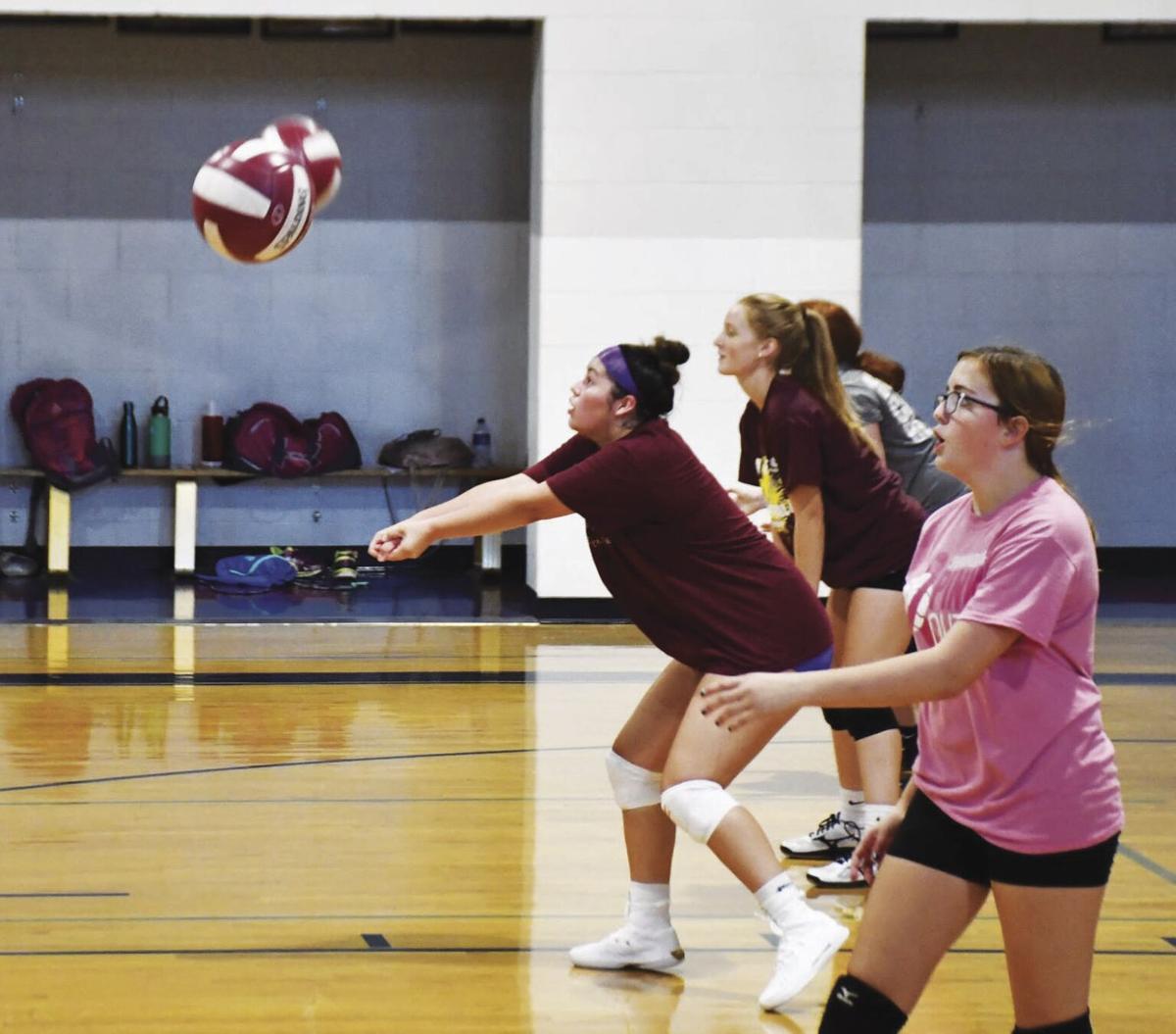 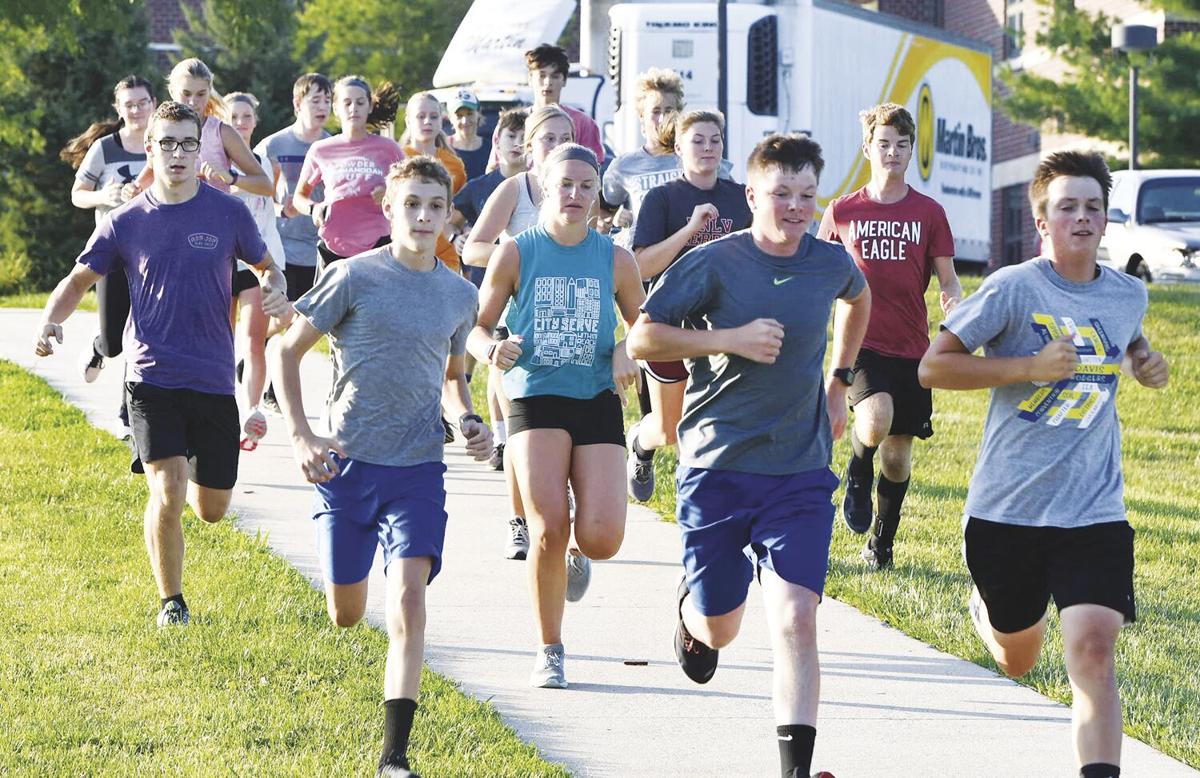 Members of the Shenandoah girls and boys cross country teams take off during their first official practice run of the season.

The Shenandoah girls and boys cross country teams started first with a 7 a.m. practice. Liz Skillern and Andy Campbell are the cross country coaches and both have a good group of experienced runners set to lead the way this season. The Mustangs and Fillies open the season with the home early bird meet on Tuesday, Aug. 25.

The Shenandoah volleyball and football teams started the season with an afternoon practice. Toni Comstock returns to coach the Fillies, a team that will have some new faces moving into varsity roles this season, joining a few returners. The Fillies’ initial practices are taking place in the middle school and elementary gymnasiums with renovations finishing up at the high school. The Fillies open the season, Thursday, Sept. 3, at Denison-Schleswig.

Ty Ratliff is the Shenandoah football coach again this season. He’ll have a good group of returners to lead the way and will also have some new faces in key positions. The Mustangs open the season, Friday, Aug. 28, at AHSTW.

There were four Clarinda athletes and two Shenandoah athletes named to the all-district team by the Iowa High School Bowling Coaches Association.

Nets head coach Steve Nash expects Kevin Durant (hamstring) to return to play before the March 7 All-Star Game in Atlanta, but is not putting any pressure on the star forward to come back before he’s ready.

Members of the Shenandoah girls and boys cross country teams take off during their first official practice run of the season.